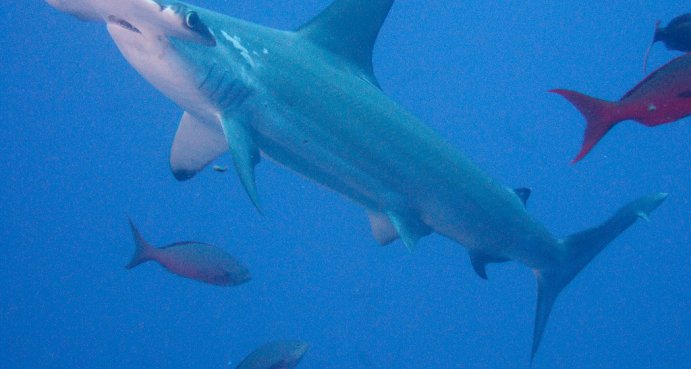 A letter signed by 4039 Costa Rican citizens, was delivered today to the country’s President Laura Chinchilla, urging her to sign an Executive Decree banning shark fin imports. The letter was also signed by 324 citizens of 39 countries, from Taiwan to the United Kingdon, concerned over shark finning and the new loophole that the foreign fishing fleet now uses to circumvent Costa Rican controls and laws.

As of last December 1st, Costa Rica has mandated that foreign fishing vessels must land their products at public docks in accordance with articles 211 and 212 of the General Customs Regulations Law and the Constitutional Court mandate of January 2006 (Res. 1109-2006). The recent sentence against Tsa Yu Jen, the Taiwanese Captain of the Belize flagged vessel Hung Chi Fu 12 for landing 2,000 Kg of sharks without fins at the public of Puntarenas exposed the ease with which the foreign fleet has, for years, sidestepped the law and landed shark fins in Puntarenas.

Regrettably, shark finners have now devised yet another trick to dodge national legislation, one that involves landing the shark fins in Nicaragua where they are then loaded into Costa Rican trucks and imported (via land) into Costa Rica. The fishing vessel then arrives in Costa Rica several days later for supplies and to land the rest of its fisheries products.

“This is a mockery of Costa Rica’s internationally acclaimed shark finning controls, and which the country so proudly promotes”, said Randall Arauz of the Costa Rican organization PRETOMA, the group that coordinated the letter’s delivery. “Furthermore, shark fin imports seriously compromise other marine conservation measures that this government has recently adopted, for example the private dock closure to foreign boats and the creation of the Marine Managed Area around Cocos Island”, added Arauz.

“Banning shark fin imports will strengthen Costa Ricas’s international image and will not, under any circumstances, affect the domestic fishing industry”, said Miguel Gomez from PRETOMA. “We’re confident that President Laura Chinchilla will hear the cry of the Costa Rican people and the concerned citizens of the world, and immediately ban shark fin imports”, said an optimistic Gomez.